Pay-per-use Licensing for your Software Application

LicenseSpring allows software vendors to implement metered usage in their software applications, manage overages, and periodically reset usage allowance. Implement metered-licensing in cloud and virtualized environments, on shared resources, as well as in scenarios where usage is cached and then accounted for later. Our SDKs make it easy to add metered usage in C++, .NET, and Java Applications, while our Webhooks can be used to achieve a pay-per-use mechanism in the most common development environments.

What is Metered Licensing?

Consumption-based licensing, sometimes referred to as metered licensing, or pay-per use licensing, is a common way to sell access to software applications that use significant server resources (for example rendering farms used in CGI), for proprietary or sophisticated operations (seen in applications running AI or machine learning), or for operations/reports that take many compute cycles to perform. Metered licensing can significantly decrease licensing costs for the end-user since they pay for only what they consume instead of for a perpetual license to a software that they only occasionally use. Furthermore, Consumption-based licensing can be implemented in tandem with other licensing mechanisms such as node-locking or concurrent licensing to deliver even more flexible licensing models to be relevant to a vendor’s business model.

If your entire application is intended for metered usage, you will issue the LicenseSpring consumption-based licensing model. Once the license has been activated on a target device, you will have a straightforward interface to check how many consumptions remain on a license and can decrement this number. Software Vendors can permit either a limited or an unlimited amount of overages, or deny overages altogether. The consumption period can optionally be configured to reset (daily, weekly, monthly…). If the software vendor wishes to node-lock the license, they can select the number of shared devices that contribute to the consumption allowance. If a floating license is being issued, the vendor can control concurrent metered usage. 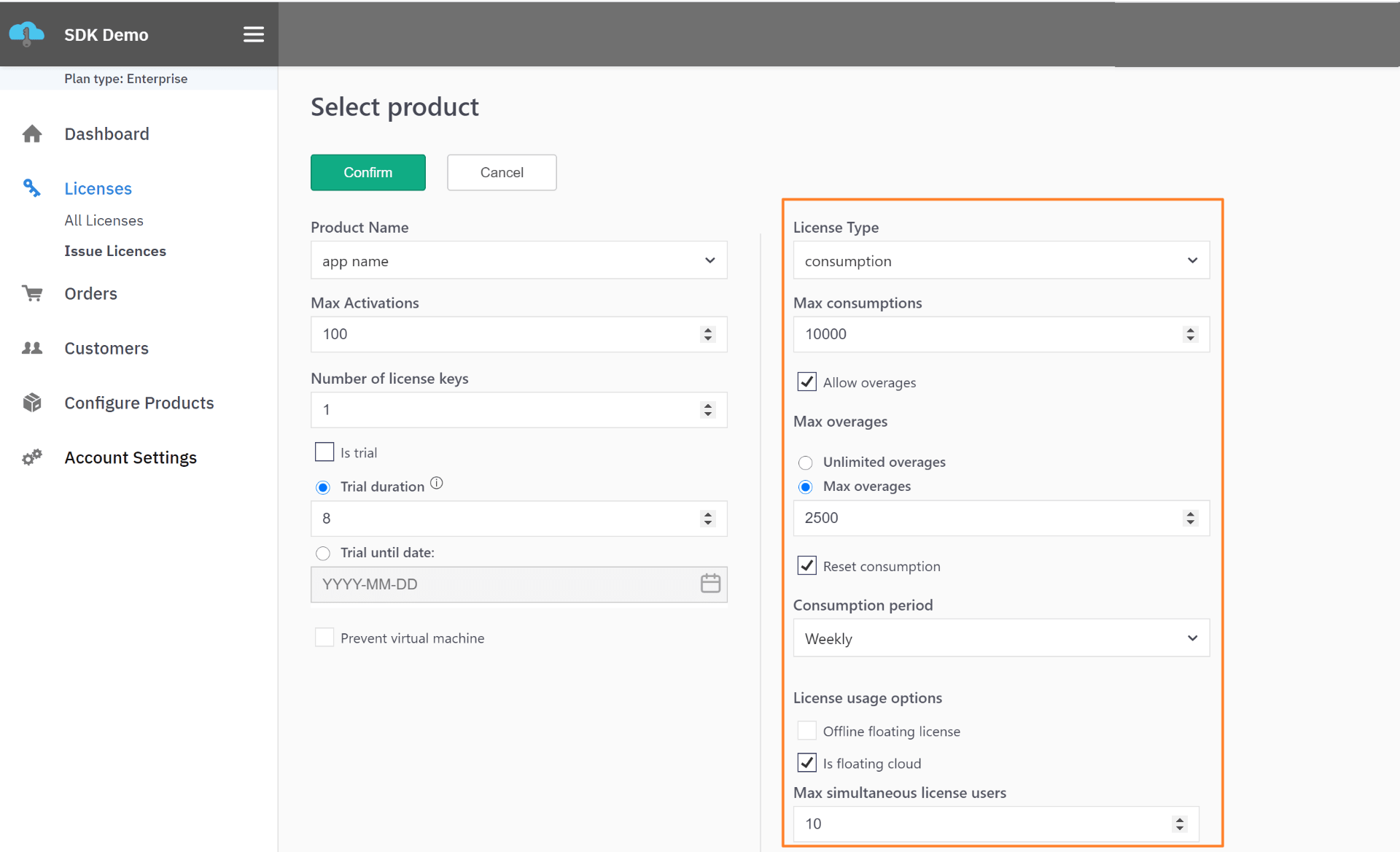 Often times, there may be only certain portions of a software package that would appropriately implement metered usage. With LicenseSpring, it is possible issue licenses of different types (perpetual / subscription, time-based etc.), and configure components on a per-use limitation. For example, the vendor may issue a perpetual license for an application, but want to limit the number of reports it can generate. The functions within the client SDKs or the Web Hook API requests can be used to decrement consumptions on separate modules of a software application. 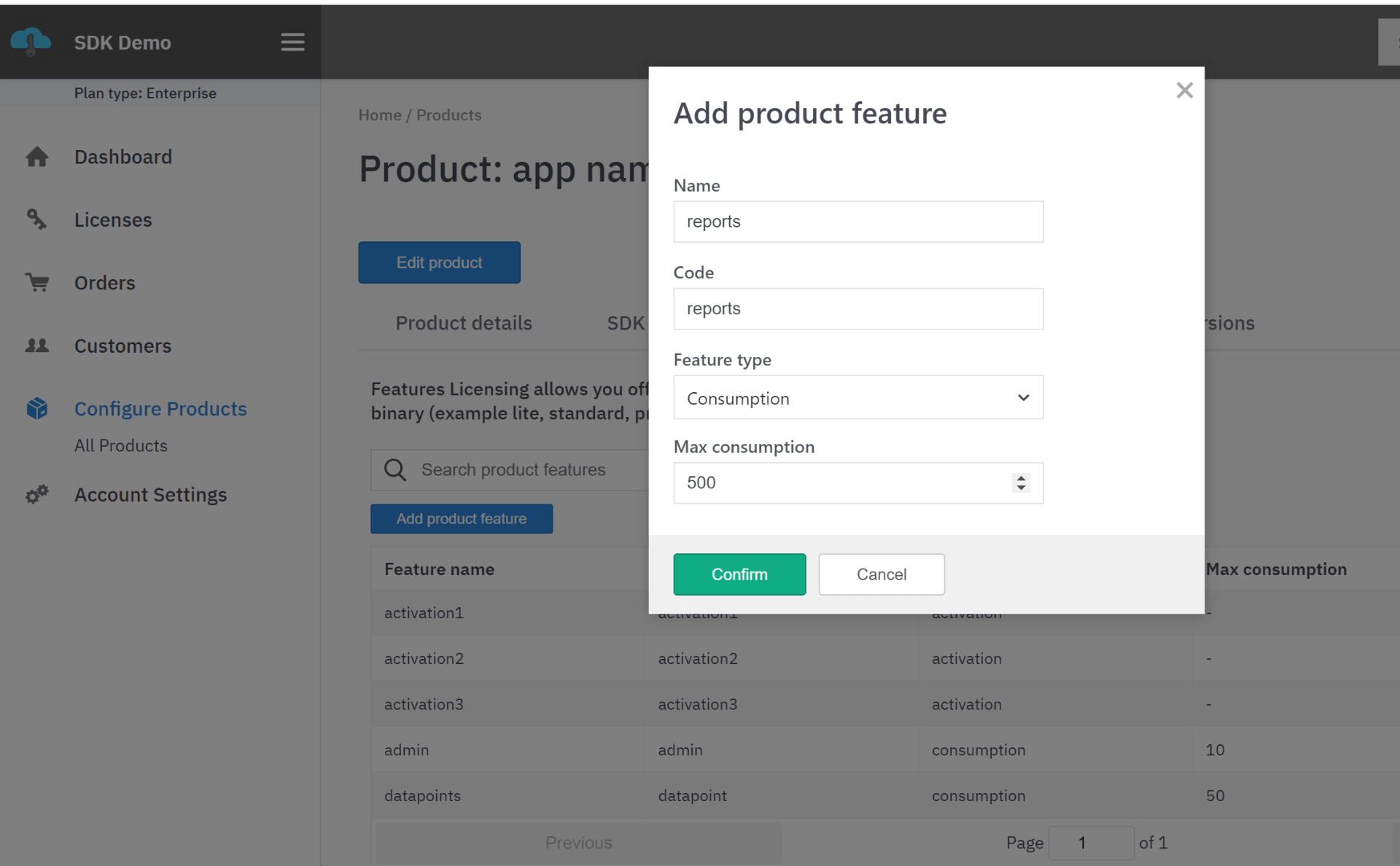 LicenseSpring allows ISVs to implement Consumption-licensing on an individual device, or on concurrent resources, and even prevent usage in a virtualized environment. Our SDKs make it possible to cache the usage rate to later send to the server, and attribute the consumptions to the appropriate time period.

Trusted for our Customer Support and our Security

99.9% Uptime
Guarantee under
our SLA